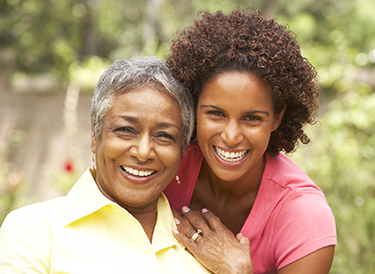 New Brunswick, N.J. – Research from Rutgers Cancer Institute of New Jersey and other U.S. health and academic institutions shows a diet high in calcium and low in lactose may reduce the risk of ovarian cancer in African-American women. The work, which appears in the latest edition of the British Journal of Cancer (doi:10.1038/bjc.2016.289), also found sun exposure in the summer months may reduce the risk of developing the disease in this population.

Ovarian cancer is the fifth leading cause of cancer death among women in the U.S., according to the National Cancer Institute.  And while five-year survival rates for this disease have improved in Caucasian women from 35 percent in 1975-77 to 46 percent, rates decreased in African-American females during this period from 42 to 38 percent (Howlader, et al., 2005). Previous studies have revealed positive associations between dairy consumption or lactose intake with the risk of ovarian cancer, and other studies have not.  Given the populations in these previous works were primarily of European ancestry, Rutgers Cancer Institute investigators and their collaborators wanted to focus on the African-American population.

Investigators found that both lactose intake and consumption of whole milk were significantly associated with an increased risk of ovarian cancer risk in African-American women, while skim and low-fat milk were not. No association was found for cheese or yogurt products.  Calcium intake, whether through food and/or supplement, was associated with a decreased risk of disease. While researchers found no association between dietary and supplemental vitamin D intake and ovarian cancer risk, they noticed that fewer than 20 percent of African-American women in the study achieved the recommended daily vitamin D intake of at least 600 IU (or 800 IU if older than 70 years of age).

Results also showed that increased sun exposure may reduce ovarian cancer risk in this population. While separate research (Holick, 2011) shows Caucasian women need only five to 15 minutes of mid-day sun during spring, summer and fall to achieve an adequate amount of vitamin D production, African-American women need exposure five to 10 times longer due to their skin pigment. The current study’s lead author, Rutgers Cancer Institute researcher Bo “Bonnie” Qin, PhD, is aware of the risks for skin cancer. “Because the benefits of increased sun exposure in African-American women may be offset by an increased risk of skin cancer, a combination of moderate sun exposure coupled with sufficient vitamin D intake from diet and supplements may be a safer solution for adequate vitamin D levels,” notes Dr. Qin.

The study’s senior author Elisa Bandera, MD, PhD, who is co-leader of the Cancer Prevention and Control Program at Rutgers Cancer Institute, notes this research adds to the scarce literature on causes of ovarian cancer in the African-American population. “Given that we were able to recruit a large sample of healthy African-American women and those with ovarian cancer from various geographic regions with diverse socioeconomic and lifestyle characteristics, we are able to generalize our findings to the African-American population,” says Dr. Bandera, who is also a professor of medicine at Rutgers Robert Wood Johnson Medical School and a professor of epidemiology at Rutgers School of Public Health. “Considering there is no effective screening tool for ovarian cancer and that African-American patients have poor survival rates with this disease, prevention through lifestyle or dietary modifications is critical.”

The study was supported by the New Jersey Commission on Cancer Research and the National Cancer Institute.  Other support and acknowledgements can be found here: http://www.nature.com/bjc/journal/vaop/ncurrent/full/bjc2016289a.html.