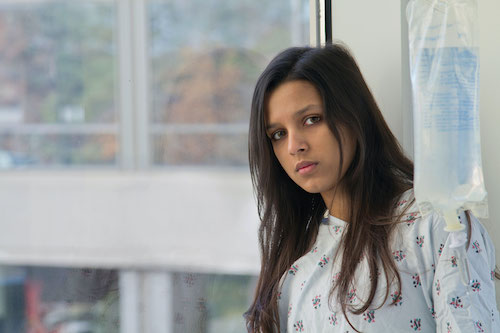 Indian and Pakistani women are diagnosed with breast cancer, including more aggressive forms of the disease, at a younger age, according to Rutgers researchers.

South Asians are the fastest-growing major ethnic group in the United States with breast cancer rates increasing within the population, but little is known about the disease in this socio-culturally unique population.

The study, published in the International Journal of Cancer, examined the characteristics of breast cancer in Indian- and Pakistani-American and non-Hispanic white women in the United States using data from the National Cancer Institute’s Surveillance, Epidemiology and End Results Program. The researchers, who are part of the Rutgers School of Public Health and Rutgers Cancer Institute of New Jersey, reviewed incidence data among Indian and Pakistani women between 1990 and 2014.They also reviewed disease characteristics, treatment, and survival data between 2000 and 2016 for 4,900 Indian and Pakistani women and 482,250 non-Hispanic white women with breast cancer.

Indian and Pakistani women with breast cancer were more likely to be diagnosed at a younger age and at more advanced stages of the disease. In addition, they received more subcutaneous or total mastectomies than non-Hispanic white women. While the researchers found that Indian and Pakistani women were less likely to die of breast cancer than their non-Hispanic white counterparts, their health was tracked for a shorter time.

Prior cancer research has shown that fewer Indian and Pakistani women participate in scientific studies and that several sociocultural factors may delay their seeking health care. Research also has shown poor mammogram screening rates in Indian and Pakistani women, which is linked to a lack of family support, lack of transportation, modesty, fear, beliefs that cancer is divine punishment for past deeds, having lived in the United States for less than 10 years, low English proficiency and a lack of faith in the health system.

“Our study indicated that there are important differences in this population that justify further studies to be better understand biological, sociocultural, and system level factors such as interactions with the health system, affecting breast cancer screening patterns, diagnosis, risk, and survival among South Asian women, given the paucity of literature on this topic,” said Elisa V. Bandera, co-leader of the Cancer Prevention and Control Research Program at Rutgers Cancer Institute of New Jersey and

“As the South Asian population in the United States - and especially in New Jersey - grows, it is imperative that we work to promote health equity in cancer prevention, screening, early diagnosis and treatment through community engagement and a team science approach,” said Anita Kinney, director of the Center for Cancer Health Equity at Rutgers School of Public Health and Rutgers Cancer Institute of New Jersey and professor at the Rutgers School of Public Health, who is also one of the study’s authors.