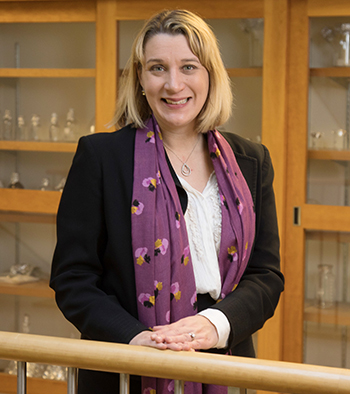 New Brunswick, N.J. – The immunotherapy drug pembrolizumab has demonstrated a favorable safety profile and “promising durable clinical activity” in pretreated patients who exhibit high levels of the PD-L1 protein in advanced stages of small cell lung cancer (SCLC) – an aggressive form of the disease. That is according to data from a phase 1b clinical trial conducted by Rutgers Cancer Institute of New Jersey investigators and colleagues at centers around the world. The work appears in the current online edition of the Journal of Clinical Oncology (doi: 10.1200/JCO.2017.72.5069).

From March 2014 to May 2015, 157 patients with extensive-stage SCLC were screened from multiple international sites.  Of that number, 24 patients with tumors having a large presence of the PD-L1 protein who were previously treated with platinum-based therapy were enrolled in the trial. Participants received 10mg of pembrolizumab every two weeks for 24 months or until confirmed disease progression or unacceptable toxicity.  Safety, tolerability and response were assessed every eight weeks for the first six months and every 12 weeks thereafter. Median follow-up duration was 9.8 months.

Of the evaluable patients, one had a complete response and seven had partial responses for an overall response rate of 33 percent. Sixteen patients (67 percent) experienced treatment related adverse events with the most common being joint pain, rash and lack of energy. Two patients experienced grade three to five adverse events including one with elevated bilirubin.  Another patient experienced weakness, grade-five colitis and reduced blood flow to the intestines.

“Our findings show the safety of pembrolizumab in SCLC is consistent with the known safety profile in other tumor types. These results also show pembrolizumab demonstrates promising anti-tumor activity in SCLC patients who received prior treatment and have a large presence of the PD-L1 protein in their tumor,” notes Dr. Mehnert, who is also an associate professor of medicine at Rutgers Robert Wood Johnson Medical School.

Building on the findings of this study, a number of clinical trials have been launched at Rutgers Cancer Institute and elsewhere that aim to more accurately define which SCLC patients are more likely to respond to pembrolizumab.  Others aim to explore the safety and efficacy of pembrolizumab when combined with other modes of treatment including chemotherapy, radiation and other immunotherapy regimens.