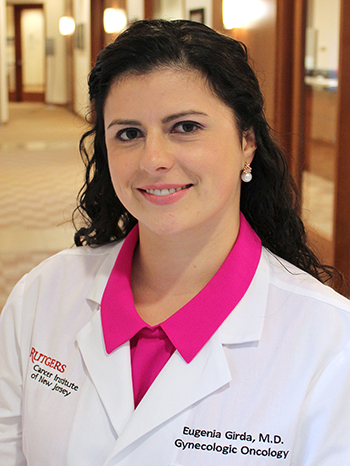 No woman should die from cervical cancer. Indeed, cervical cancer is the deadliest, yet most preventable gynecologic malignancy. According to the American Cancer Society, there are 13,000 new cases of invasive cervical cancer leading to 4,100 cancer-related deaths each year in the United States. Unfortunately, many of these deaths could have been prevented with either regular screening with Pap smears or vaccinations with the Human Papilloma Virus (HPV) vaccine. Cervical cancer is almost always caused by one of the high risk types of HPV and a great majority of people are exposed to HPV during their lifetime. Most HPV infections are transient, however, sometimes HPV infection can persist and lead to cervical dysplasia (precancerous lesion), which over time may further lead to cervical cancer.

Pap smears may detect precancerous changes that occur in cells. Treatment with simple surgical procedures can prevent precancerous changes from becoming cervical cancer. Women aged 21 to 65 are recommended to be screened for cervical cancer with a Pap smear every three years. Individuals aged 30 to 65, who want to lengthen the screening interval, should receive a combination of Pap smear and HPV testing every five years. In the near future, screening may change to use HPV detection alone without concurrent Pap smear.

Vaccinations with the HPV vaccine can prevent an HPV infection in young women and men.  Multiple studies have shown that the vaccine is safe, effective and needs to be given before infection with HPV has occurred. Vaccinations are administered in three doses over a six-month period. It is recommended that HPV vaccination is started for girls at ages 11 to 12, but it can be administered starting at 9 years of age. A ‘catch-up’ vaccination is recommended for females aged 13 to 26 years who have not been previously vaccinated or have not completed the vaccine series.

All women should know warning signs of cervical cancer, which include abnormal vaginal bleeding or spotting, discharge or bleeding after intercourse, pelvic or back pain. In addition to seeking care for any of these symptoms, women should maintain routine and appropriate screening with her physician. Cervical cancer, when caught early, can be treated and cured.