A Reminder during this National Childhood Cancer Awareness Month 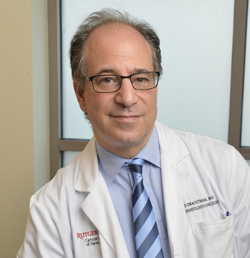 Back to school time means getting back into regular routines with homework, sports, clubs, sleep schedules and more. Just as important is your child’s routine visit to his or her pediatrician, at which time, immunization schedules and the need for a flu shot can be discussed.   Along with monitoring overall health and wellness, this routine appointment can serve as a preventative tool in helping to combat conditions such as obesity, heart disease and even cancer.

While it is rare, pediatric cancer is the leading cause of disease-related death in children aged one to 19 in the United States, according to the National Cancer Institute (NCI). Nearly 16,000 children nationwide were diagnosed with cancer in 2014.

With advanced diagnostic testing, one might wonder why the need for an annual exam. Keep in mind that when cancer symptoms (such as swelling, pain, headaches) do present themselves, they often can be dismissed as less serious ailments since cancer is of low suspicion in this population – especially in teens. This in itself presents a challenge, as members of this age group typically no longer go to a family physician for an annual visit and may not be covered under their parent’s insurance for a yearly exam past a certain age.

For those youngsters who do face cancer, it should be noted that the prognosis is not as poor as it used to be. The five-year survival rate for children with cancer is 83 percent, which is up from more than 50 percent in the mid-1970s, according to the NCI. Much of this can be attributed to access to cutting-edge treatments. As an NCI-designated Comprehensive Cancer Center (the only such center in New Jersey and one of only 45 in the country), Rutgers Cancer Institute of New Jersey, for instance, offers an array of investigational treatments to pediatric cancer patients. Rutgers Cancer Institute works collaboratively with industry and national cooperative groups to make innovative therapies available to this population. More than 70 percent of our pediatric cancer patients are enrolled in a clinical trial. This includes genomic analysis, where abnormalities in one’s tumor are identified and then targeted with specific therapies – thus matching the medicine to the tumor itself, instead of treating the site where the cancer originated. Opportunities now exist for pediatric patients with rare and resistant cancers whose disease previously did not respond favorably to standard treatments.

And because more children are surviving their cancer, there is a need to focus on these youngsters as they head into adulthood. At Rutgers Cancer Institute, the Long-term, Information, Treatment effects and Evaluation (LITE) Program addresses treatment late effects and provides these teens and young adults with support, education, and intervention. But because the risk of a second cancer is high in this age group, this population too needs to continue with a regular check-up with their health professional throughout their life – a good habit to establish no matter your age or health status.

Richard Drachtman, MD, is the section chief of pediatric hematology-oncology at Rutgers Cancer Institute of New Jersey and a professor of pediatrics at Rutgers Robert Wood Johnson Medical School.