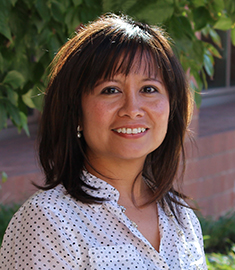 When looking at cancer, measures of survival are a valuable tool to clinicians, researchers and public health officials. The New Jersey State Cancer Registry, under the direction of Rutgers Cancer Institute of New Jersey and the state Department of Health, is a local and national resource for population-based epidemiological studies into the causes, treatments and outcomes in patients with cancer. The registry – as with other state registries across the country – includes measures of cancer survival. New Jersey State Cancer Registry Director and Cancer Institute of New Jersey resident member Antoinette Stroup, PhD, is the lead author on research published in the current online edition of the Journal of the National Cancer Institute (doi: 10.1093/jncimonographs/lgu017) comparing relative survival rates that use state life tables to traditional methods that use U.S.-based life tables.

Q:  How was the study set up and what factors were examined?

A:  The study was conducted in collaboration with the National Cancer Institute (NCI) and Centers for Disease Control and Prevention (CDC) using cancer surveillance data submitted by 17 State and regional cancer registries who are part of the NCI’s Surveillance, Epidemiology and End Results (SEER) Program, including New Jersey.  We also used a new source of data recently made available by the National Center of Health Statistics: state-based life tables.  These state-based life tables were used to estimate five-year relative survival, which were then compared to traditional estimates based on national life tables.  We assessed the differences between the two estimates using a cohort of cancer patients who were diagnosed from 2000-2009 and looked at specific differences by age at diagnosis, race, and cancer site (lung and bronchus, colorectal, prostate, and female breast).  When evaluating these differences, we considered several factors that might influence the rates in each region, including racial distribution of the population – whites and blacks in particular; the median age of the population, the percent of late stage cancer diagnoses, cancer mortality rates and tobacco use.  These factors were considered because of their potential impact on background mortality rates.

Q:  Why was it important to do this study?

Q:  What were the results?

A:  Our findings were generally consistent with what we expected:  We found that states with higher background mortality than the U.S. average – Kentucky, Louisiana, and Georgia – had higher estimates of five-year relative survival using state-based life tables compared to the estimates using U.S.-based life tables.  And, states with lower background mortality than the U.S. average – Utah and Connecticut – had lower five-year relative survival estimates using state-based life tables as compared to U.S. life tables.  However, the differences between the two estimates were generally small – less than four percentage points.

In New Jersey, differences in five-year relative survival estimates between the two methods were not substantial.  This finding is due to similarities between New Jersey and the U.S. population in terms of percentage of whites and blacks, median age, overall cancer mortality rates, and background rates of tobacco use for men and women for period under investigation (2000-2009).

Q:  Were there any surprising differences?

A:  An unexpected finding was the rate difference among the oldest-old population, aged 85 and older.  When we examined the variability in survival estimates in this age group, we found that five-year relative survival based on state life tables became unreliable. We found that the five-year relative survival for older black men diagnosed with prostate cancer, for example, was higher when compared to white men in the same age group and with the same cancer diagnosis. This is contradictory to known survival disparities between whites and blacks. We concluded that the instability of the rates was due to the extrapolation method used by the CDC’s National Center for Health Statistics to estimate the life tables for this older population – that the data were not based on observed counts.

Q:  What were the final recommendations from this study?

A:  We concluded that the differences between five-year relative survival estimates based on state life tables and those based on U.S. life tables were small but the differences were in the expected direction. We also concluded that state life tables should not be used to estimate survival for cancer patients diagnosed at age 85 or older, but might provide slightly better relative survival estimates for younger patients. Our findings underscore the need to continue to develop better methods for describing the life expectancy for different race, ethnic, age, and geographic populations.