I joined Rutgers Cancer Institute of New Jersey as Co-Director of the Blood and Marrow Transplant Program in January 2016 after spending more than 30 years at the Yale Cancer Center. Prior to joining the Medical Oncology Faculty, I did my internship, residency and fellowship at Yale-New Haven Hospital and spent one year at the University of Pittsburgh as a Chief Resident in Internal Medicine. I became the Director of the Yale Stem Cell Transplant Program in 1997 and remained in that position for over 15 years. In addition to caring for patients undergoing autologous and allogeneic transplants, my major areas of clinical expertise are multiple myeloma, Hodgkin lymphoma, and non-Hodgkin lymphoma. While at Yale and under my direction, we became one of the first programs in the US to offer outpatient autologous stem cell transplants. I am even prouder of our survival statistics after allogeneic (donor) transplantation as they have typically been at or near the top of those from the entire country.  I believe that the latter is representative of building a strong team with each member committed to the best possible patient outcome.

I am the author or co-author of 56 peer-reviewed original manuscripts, mostly centered on patient management of patients with lymphoma and myeloma or after a stem cell transplant. My major motivation in coming to the Rutgers Cancer Institute of New Jersey was to work with individuals, many of whom I had known for over a decade, who shared the same commitment to clinical excellence and investigation as I do.  In addition, as a National Cancer Institute-Designated Comprehensive Cancer Centers, Rutgers Cancer Institute provides a tremendously rich academic environment that facilitates cutting-edge therapies for hematologic malignancies. 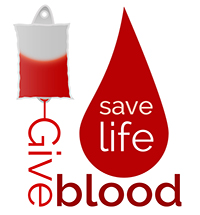 With just one donation of a pint of blood, up to three lives can be saved. Dr. Cooper explains why it's especially important to consider donating blood during the holiday season. Read more